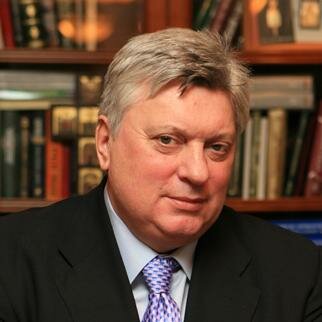 He graduated from MGIMO in 1972 and shortly after started his career there. In 1983-1986 he was in the diplomatic service in Washington. In 1986, when back in Moscow, he was elected Dean of the Faculty of International Relations. In 1989 he was appointed the first vice-rector of MGIMO. He holds an MA and two doctoral degrees in History and Political Science.

Since 1992, Prof. Torkunov has served as Rector of MGIMO-University. In 1993 he was awarded the rank of the Ambassador Extraordinary and Plenipotentiary and since 1997 he is the Member of the Board of the Russian Foreign Ministry. Currently, Rector Torkunov also holds the position of the President of the MGIMO Endowment.

Prof. Torkunov is the author and co-author of more than 200 scientific works, including a dozen of monographs. He is an expert in international relations, regional subsystems (in the Asia-Pacific region and Northeast Asia), the recent history of Korea, the history of diplomacy.

In 2008 Prof. Torkunov became Full Member of the Russian Academy of Sciences.

In 2017 by presidential decree Prof. Torkunov was appointed as co-president of the Trianon Dialogue civil society forum.

Prof. Torkunov is editor-in-chief of the journal “MGIMO Review of International Relations” and a member of editorial boards of other Russian and international academic journals.

The works and services of prof. Torkunov are widely recognized. He has received state awards of Russia, France, Poland, Republic of Korea, Mongolia, Bulgaria, Vietnam, Kazakhstan, Belarus, Kyrgyzstan, and Armenia.

In 2020 Rector Torkunov was conferred a title of Honoured Worker of the Diplomatic Service of the Russian Federation. He was also awarded Bridging International Relations, Area Studies and Diplomacy: Distinguished Scholar Award by the International Studies Association (2018).